The difference between Indica and Sativa 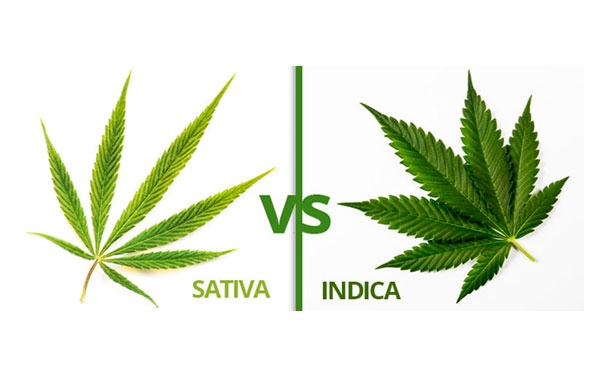 We get a lot the question of what is the difference between Indica and Sativa,

In this blog we will explain perfect so in the future you will be able to choose the strain that fits the most to your needs .

It was Carl Linnaeus who identified in 1754 psychoactive cannabis plants as Cannabis Sativa, this kind of Cannabis plants basecly come from the warmer and dryer countries like Jamaica, Colombia, Mexico and Thailand and continents like South East Asia where they can flower longer in bether weather conditions.

This plants will have mostly a long fine structure in branches and buildup with compact hard Buds, also you will see that the leafs have more a structure like palmtree leafs and appear at the beginning and the end of the long branches.The reason for this is to avoid the buildup of humidity and the appearance of pathogens, as well as to offer good aeration in hot periods

Sativa plants have much longer vegetative periods than their Indica sisters. They take between 10 and 16 weeks to fully mature during the flowering period.

Sativas are known for their “head high,” an invigorating, energizing effect that can help reduce anxiety or stress and increase creativity and focus. So basicly this strain is perfect for during the day.

Sativa plants tend to have a larger concentration of terpenes like pinene or limonene, which can produce a euphoric and stimulating effect. Their concentration of myrcene, for instance, tends to be lower (this terpene is usually found in Indica strains and is believed to produce sedative effects). Although there are exceptions to this rule, and different phenotypes of the same strain can produce different terpene concentrations, this varying terpene mix may shed some light on the differences between Sativa and Indica varieties. 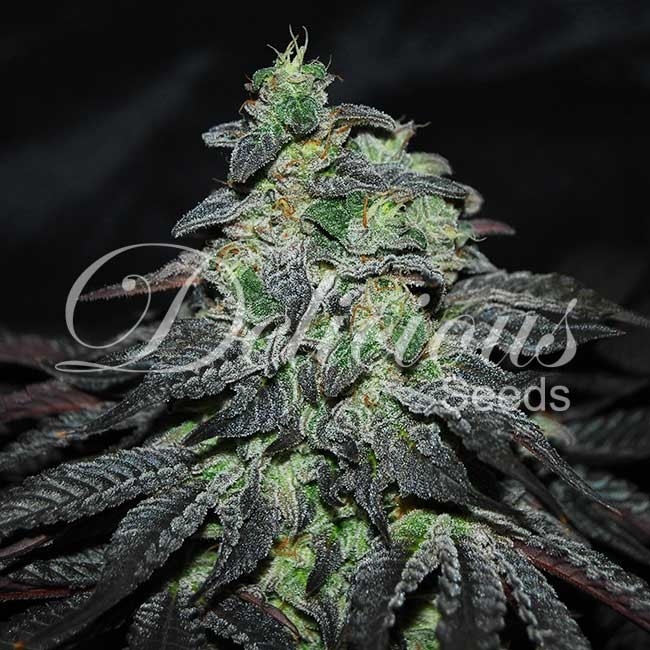 In 1785  Jean-Baptiste Lamarck identified Cannabis Indica as a different species whilst studying the physical characteristics of cannabis plants in India. Cannabis Indica got its name from its botanical origins near the Indus river, close to the mountain range that the Greek called the Caucasus Indicus, which is today known as Hindu Kush, to the west of the Himalayas.

Generally speaking, Indica leaves are dark green, although some specimens can display purple or almost blue tones. These leaves are composed of shorter and wider blades, designed to minimise water loss during perspiration. Indica strains tend to produce more side branches than Sativa varieties, which makes them look more dense, bushy, thick and wide, like a small fir tree.The Indica flowers group together around the nodes (the areas on the stems and branches from where sets of leaves sprout). These buds often weigh more than Sativa buds with a similar size, as they are more dense and compact.

Indica plants are less productive but their shorter vegetative period makes up for it. Due to their condensed life cycle, they are ideal for indoor growing as they don't grow as huge as the Sativa strains. Mostly Indicas can be harvested in the half of September wich makes them perfect for the more moisture climates where the rains and colder weather comes a lot faster .

Indica is sought after for its intensely relaxing effects. It may also reduce nausea and pain and increase appetite. So basicly this is the perfect strain for a relaxing night in the sofa or with friends, because of its deep relaxation effects, indica is better consumed at night. But Cannabis Indica can be useful for other things too. It has also proven effective in the treatment of chronic pain sufferers who are not willing to take opioid painkillers in the long term.

Indica cannabis strains can have many different terpene profiles, with aromas and flavours of musk, grapes, berries, or other wild fruits. They are usually more earthy and humid than Sativas, which tend to be sweeter and often showcase fruity, citrusy, or spicy aromas. Indicas also produce higher quantities of other sesquiterpenes like humulene and caryophyllene, thus creating an intense, dense aroma that can be smelled from miles away.

We hope we could help you with this information and if there are more questions, don`t hazer to contact us true mail. Also in the next blogs we will explain more about Hybrid and Rudelaris.